I love Rumi , call it an infatuation or call it my naivety, his words are like the nicotine flowing through my veins after a drag of a cigarette. I can actually feel the words making synaptic connections in my brain every time I read his work and leave me wanting for more.

ohh Rumi you magician, how you explain the game of life in words that no other poet can.  His words make me want to learn Farzi  and gulp the purity of language and understand our connected past. 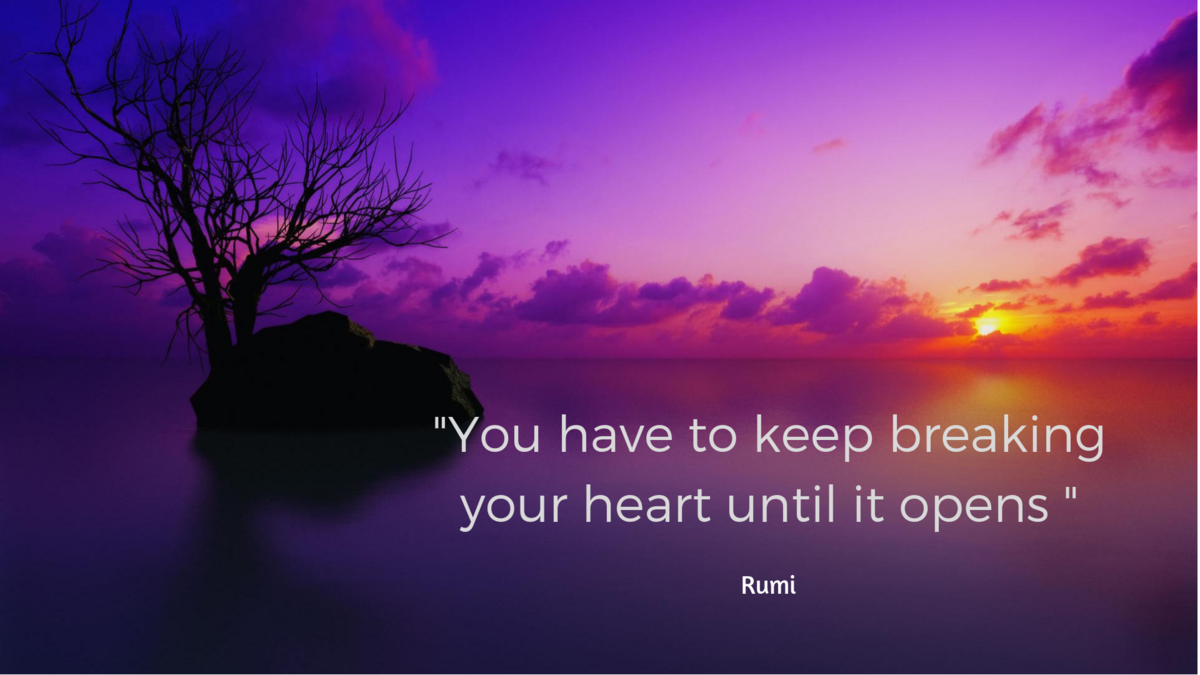 An excerpt from one of my favourite poems written by Rumi :

"I died as a mineral and became a plant,
I died as plant and rose to animal,
I died as animal and I was Man.
Why should I fear? When was I less by dying?
Yet once more I shall die as Man, to soar
With angels blest; but even from angelhood
I must pass on: all except God doth perish.
When I have sacrificed my angel-soul,
I shall become what no mind e'er conceived.
Oh, let me not exist! for Non-existence
Proclaims in organ tones, To Him we shall return    " - Rumi

Has death ever been glorified and made to be felt as majestic?
His understanding of the buddhist philosophy of samsara and the metaphysical  paradox of the ship of Theseus at a time where knowledge and understanding of the world and philosophy  was probably not at its best, are arguably the most magnificent and elaborate among all the worlds malawi (masters / teachers) of his time.

Understanding how a team thinks

Other than reading about Rumi my other pastimes include how to build effective teams and successful companies. A common thought experiment  that modern management thinking, traces its roots to Rumi, known as the elephant in a dark room.

The set up begins with a team of people standing in a dark room, their task is to describe the object in front of them, this object is a elephant, and all they have at their perusal is their sense of touch. The team goes about feeling the object, one person grabs the trunk and describes the beast  as a water pipe, the other grabs its back side and describes it as a great throne, another grabs its ear and claims it to be a fanand another feels its leg and called it a pillar. Depending on the part felt, each gave a different description. At the end if a candle was bought into the room then all their differences will be gone, and they would all see the damn elephant.

I believe the agenda of  every great team leader is to be this candle in the room. Every team we work with is different and everyone  on the team has a different perspective on the challenges and overall view of the tasks to be solved , yet everyone would be at odds if the right leadership were not there.

"Some Hindoos were exhibiting an elephant in a dark room, and many people collected to see it. But as the place was too dark to permit them to see the elephant, they all felt it with their hands, to gain an idea of what it was like. One felt its trunk, and declared that the beast resembled a water-pipe; another felt its ear, and said it must be a large fan; another its leg, and thought it must be a pillar; another felt its back, and declared the beast must be like a great throne. According to the part which each felt, he gave a different description of the animal. One, as it were, called it "Dal" and another "Alif."
If you give a candle to everyone, their differences will be gone,
Compare the sensual eye to the
hand of one that felt the elephant.
The eye of outward sense is as the palm of a hand,
The whole of the object is not grasped in the palm.
The sea itself is one thing, the foam another;
Neglect the foam, and regard the sea with your eyes. (Source) "

It baffles me that love as a concept has hardly changed over the entire course of mankind. Its organic nature keeps true to itself over countless generations of human existence and reproduction, and Rumi has words to describe every aspect of the emotional and physical dilema of love.

"Are you fleeing from Love because of a single humiliation?
What do you know of Love except the name?
Love has a hundred forms of pride and disdain,
and is gained by a hundred means of persuasion.
Since Love is loyal, it purchases one who is loyal:
it has no interest in a disloyal companion.
The human being resembles a tree; its root is a covenant with God:
that root must be cherished with all one's might." (Source)

Love can be exhibited in multiple outlets, Rumi's  religious background seems traditionally Sufi. Open and highly ecstatic exclamation for ones love of "God" is a core tenant of Sufism. Below is an excerpt that correlates our physical and emotional requirement for love and a person's want for "God".

"Love rests on no foundation.
It is an endless ocean,
with no beginning or end." -Rumi ( Source)

Our primal instinct for love has its roots stepped deep in our existence. There is no escaping it and mystics like Rumi help me understand that the pain transcends time it self . Maybe its jut part of our DNA, our raison d'être as human beings. I will part for today with a final lesson from Rumi “Goodbyes are only for those who love with their eyes,”, He teaches , “Because for those who love with heart and soul, there is no such thing as separation.”